Roger is responsible for the overall management of Stellartech Research Corporation.

He is recognized as an expert in the application of radiofrequency, ultrasound and other directed energy sources for therapeutic applications, including ablation and electrosurgery. Over the past 25 years, he has developed key technology for more than 40 medical device start-up companies, in areas including gastroenterology, interventional cardiology and electrophysiology, cardiovascular surgery, gynecology, urology, dermatology, arthroscopy, and general surgery. Utilizing Stellartech’s Virtual Company model, he has co-founded and incubated a number of device companies, many of which have gone public or been acquired. Roger is also a Managing Director of Coronis Medical Ventures, LLC, a unique seed fund and business accelerator dedicated to providing a blend of capital, venture development and prototyping support for early stage medical device companies.

Prior to founding Stellartech in 1987, Roger developed a number of medical devices at Kesa Corporation, worked on medical ultrasound systems, and held research positions in the Department of Cardiovascular Dynamics at the Palo Alto Medical Foundation.

Roger is named as the inventor on more than 50 U.S. patents, with over 40 patents pending. Roger received a BSEE from Syracuse University and Masters and Ph.D. degrees in Electrical Engineering from Stanford University, where he specialized in medical imaging systems. He currently serves on the Board of Directors of five medical device companies. In 2004, Roger was named one of Medical Device and Diagnostic Industry’s 100 Notable People. 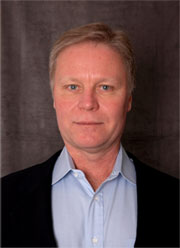